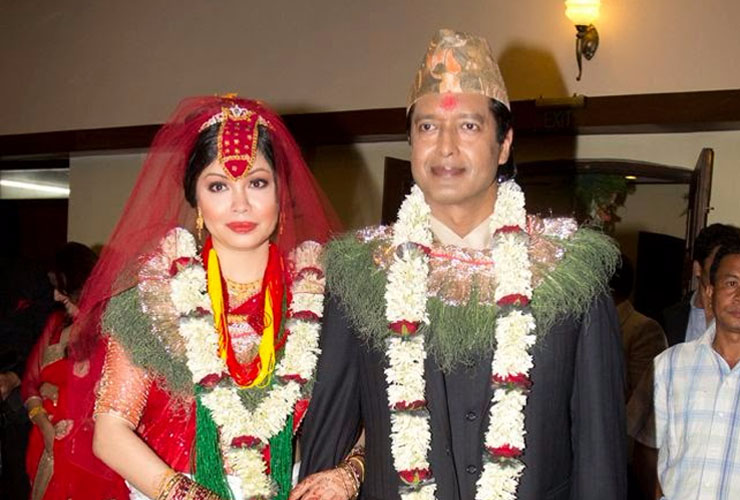 Superstar Rajesh Hamal has got married with his long time girl friend Madhu Bhattarai in a private ceremony at Annapurna Hotel in Kathmandu, the couple has got tied up in the relationship according to Hindu marriage tradition. There was around 100 people invited in the ceremony as no one from Nepali cine industry was invited, only relatives of Hamal and Madhu were present. Journalist were allowed to take photographs and videos outside the marriage hall after the main ceremony was finished.
Hamal’s sister and brother in law have arranged their Honeymoon stay at Dwarikas Resort Dhulikhel. Hamal had met Madhu in a model competition named Lux Beauty Peagent in 2004, there he had given his visiting card to Madhu after getting impressed by the talent and personality. After months of chatting and meeting, they fell in love and only before 5 years Hamal had confesed in media that he is in love with Madhu.

Rajesh hamal to turn to direction

STAY UPDATED WITH OUR NEWSLETTER